10 Most Popular Ancient Greek Soups You Should Give A Try

Such Greek cuisine truly captures the essence of Greece! These delicious bowls, which feature lemon chicken, lentil stew, and potato stew, are perfect for warming you up.

Gyros, moussaka, and baklava are usually what come to mind when you think about Greek cuisine. Greek soups are nothing to ignore, though.

The majority of Greek soups have thinner, though not thin, broths with a lot of substantial, chunky ingredients swimming in them, however, there is always an opportunity for variety.

The majority of the soups are hearty and savory, and there is also a strong emphasis on vegetables and legumes.

There aren't many mild, flavorless soups served in Greek eateries or households. Greece is a flavor-loving nation.

The soups occasionally contain some sort of meat, but most of the time they solely contain vegetables, spices, and herbs.

Let's now stop discussing them and examine a few of them. 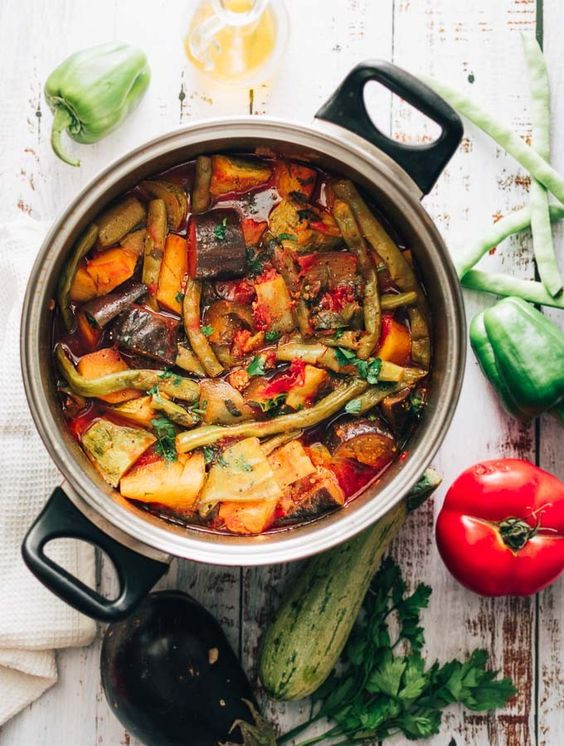 Greek vegetable stew is dairy-, gluten-, and vegan-friendly. It also differs from vegetable soup in America.

One difference is that it is chunkier and less soupy.

This stew has a small amount of liquid that resembles tomato juice, but you will only sometimes notice it because of the abundance of large-chunk vegetables.

For even more taste from the garden, there are a ton of herbs and seasonings.

If you say you love vegetables but don't go crazy for this stew, you're lying about your love of vegetables. 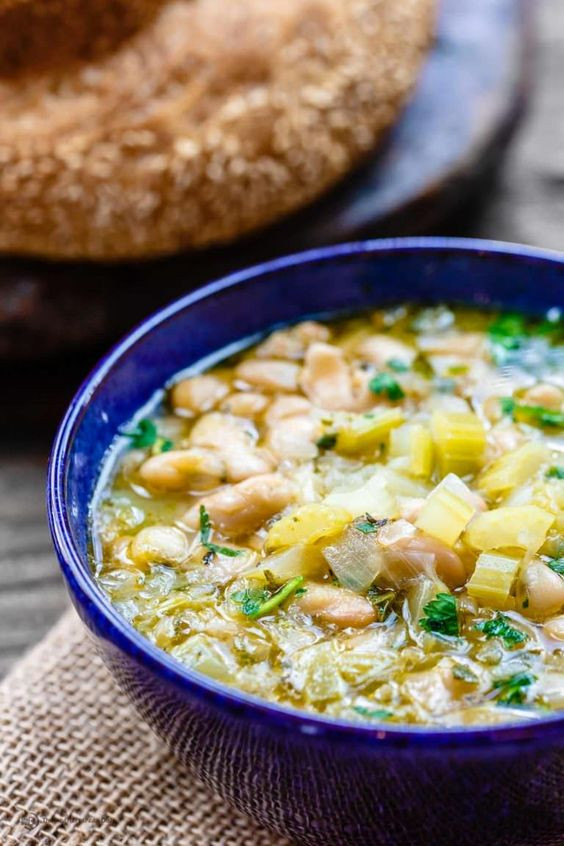 You'll adore fasolada if you like hearty soups that are stuffed to the gills with ingredients.

You can tell right away from this soup's 15-ingredient list that there is a lot going on inside that bowl.

Fortunately, every component is either a common pantry item or a vegetable, herb, or spice that is simple to locate.

Nevertheless, they all come together to create a delicious soup.

After your first bite, you'll be hooked by its distinctive earthy, garlicky flavor. 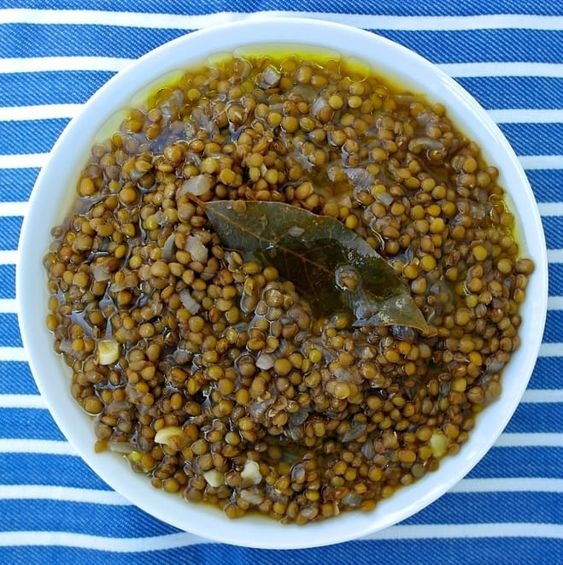 Greek lentil soup is called fakes, which is pronounced differently from fakes (which rhymes with cakes) and is a little different from most lentil soups you've probably had.

One of the things is that it's mostly lentils.

Apart from tomato paste, some seasonings, and some cooking materials, lentils are what you get. There are some chopped-up onions, garlic, and bay leaves floating in it.

However, that doesn't imply that the food is flavorless. Not at all, in fact!

When the soup is done cooking, you'll add some red wine vinegar in addition to the garlic and onions, which enhance the flavor of the soup.

That gives it this incredible flavor that is beyond words. Even youngsters enjoy it because of how delicious it is. 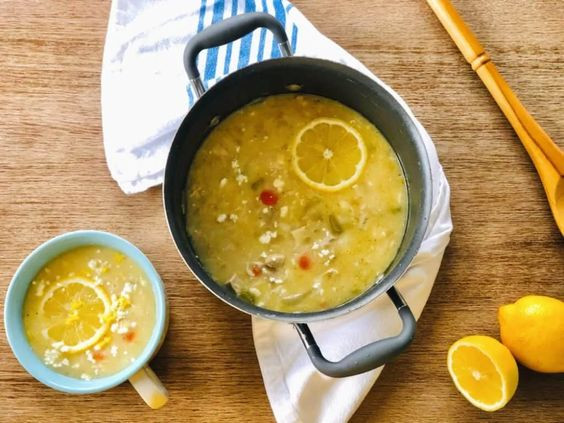 Avgolemono is similar to chicken and rice, but with additional veggies and the distinctly Greek flavors of feta cheese, lemon, and dill.

Every mouthful of this otherwise typical soup is infused with a crisp, brilliant explosion of flavor from these three sour, zesty ingredients.

Avgolemono is the ideal "get well soon" soup if you ever become sick at home; it's even better than chicken noodles because it's warm, comforting, and includes so much lemon juice that's wonderful for your throat. 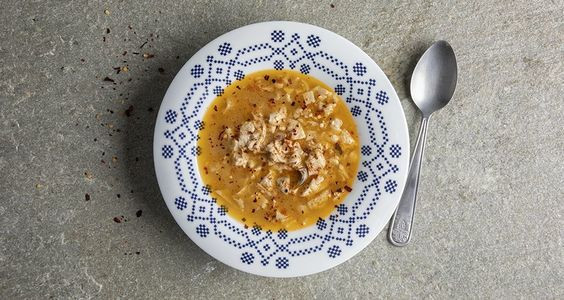 Patsas is a genuinely delicious soup—if you can get past the terms "beef tripe" and "cow foot" in the recipe.

It is incredibly thick, salty, and savory with hints of rosemary, oregano, and garlic.

The best part is that a pressure cooker handles the bulk of the work, so you won't need to do much to make this soup taste delicious. 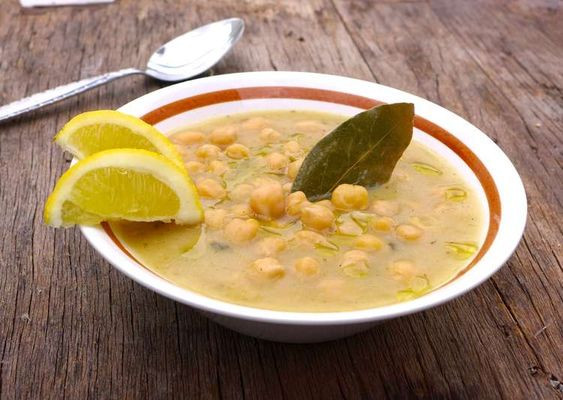 One of the creamier, thicker Greek soups is called Revithia, or Greek chickpea soup.

It is one of the most well-liked winter soups in all of Greece since it is delicious and easy to prepare.

It's also a terrific source of fiber and natural antioxidants, which adds to its allure for the majority of people.

The onions, bay leaf, oregano, lemon juice, salt, and pepper more than makeup for the tenderness and mild flavor of the chickpeas.

Revithia is ideal if you're seeking for a welcoming environment when you get home. Additionally, it smells fantastic while it cooks. 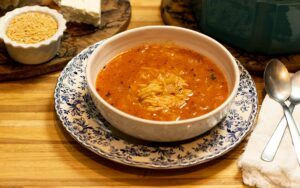 The additional herbs and spices in this soup complement the clean, rich, tomato-filled richness of the soup rather than overpowering it.

Make a bowl of this and pair it with a buttery, oozy grilled cheese sandwich. You'll be glad you did, so believe me. 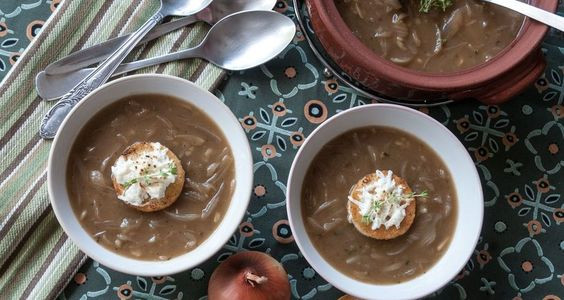 Greek onion soup is a hearty, savory, and aromatic dish. Add some crunchy croutons and creamy feta cheese on top for a memorable meal. 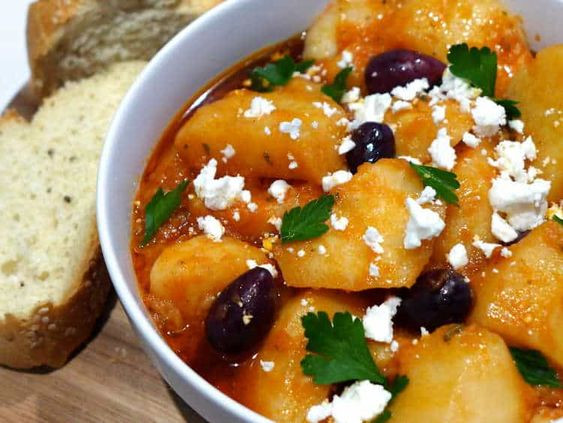 The Greeks don't mess around when they cook potato stew!

Although the list of ingredients for this soup is straightforward and brief, the stew itself is anything but simple.

There are enormous chunks of potato in it! It calls for you to cut them into 2.5 cm chunks, which is a substantial amount of potato.

Your bowl will nearly appear to be bursting with delectable, tempting potatoes after the soup is finished.

The soup's deliciousness is only enhanced by the addition of onions, garlic, tomato paste, tomatoes, parsley, olive oil, salt, and pepper.

There is no need for a salad, bread, or steak with this filling soup. 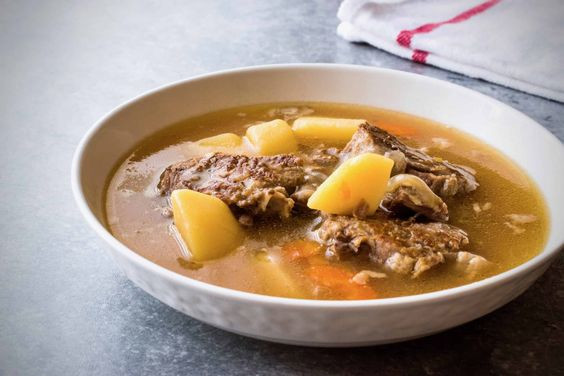 The beef and potatoes in this substantial soup are cut into huge chunks, and there are also plenty of chopped celery, carrots, and onions.

Although the soup isn't quite as thick, it resembles American beef stew.

A little more than 2 hours are needed to prepare it, but most of that time is spent with the soup boiling on the stove, so you don't have to do anything.

It's a hearty soup made with beef and potatoes that is perfect for warming you up on chilly nights.